Your guarantee for a great time!

Things to do while you’re here

You can surely keep yourself occupied in our Casa, but it would be a shame if you didn’t explore our beautiful region a little bit. 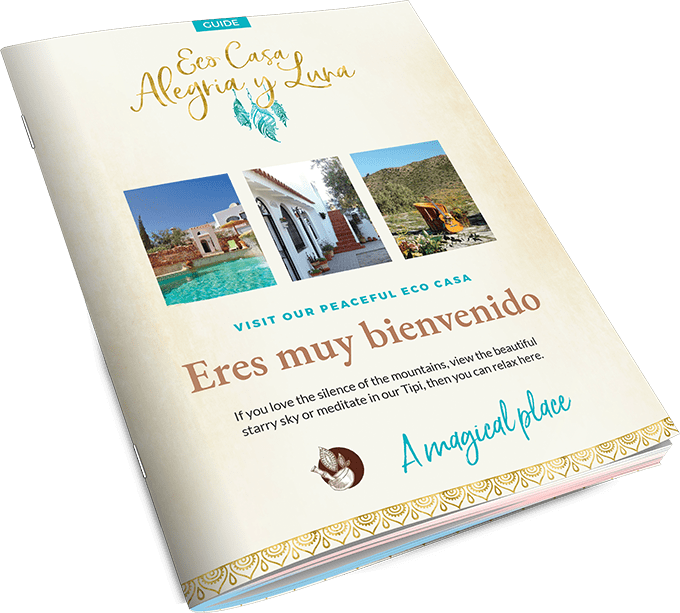 This Arab fortress is one of the most important Arab monuments in the country. The Moorish fortress is located in the center of the city of Almeria, where it has a beautiful view.

Distance from our house to 12 km, the village has a typical Arabic structure, with hills and alleys. The craft tradition and architecture, the houses are built on the rocks. Sorbas is also known for its pottery.

The name of the city “Almería” is derived from the Arabic term AL-Mariya (mirror of the sea). Almeria with its desert landscapes in the most authentic part of Andalusia.

Natural park of volcanic origin with many paradisiacal beaches and rocks where no mass tourism can be detected yet. Beautiful beaches: Las Negras, Isleta del Moro, Playa Monsul, Agua Amarga, Playa Los Muertos and so many other idyllic beaches. For divers the ideal place to spot scorpion fish, sea stars or octopuses. It is an area rich in history, culture and good food, embracing the extraordinary desert landscapes of Almeria.

Is a complex of caves and underground rivers, hides one of the most stunning beauties of Andalucia. In the Cuevas de Sorbas, the wonders of the gypsum crystals, stalactites and stalagmites are revealed that manifest themselves in abundance. This is an underground world and one of the geological jewels of Andalusia. Of the famous caves, the Cueva del Agua is the largest, about eight kilometers, and the Cueva de Covadura is the deepest and reaches a depth of one hundred and twenty meters. The Cueva del Yeso and the Cueva del Tesoro, the Gypsum cave and the Treasure Cave are by far the most spectacular.

Guided tours offer access to the caves, the Gypsum cave can be visited on both the Simple Tour and the combined tour and the Treasure Cave exclusively during the technical tour. Many cavers come to explore the caves, because they are the only ones in Europe. 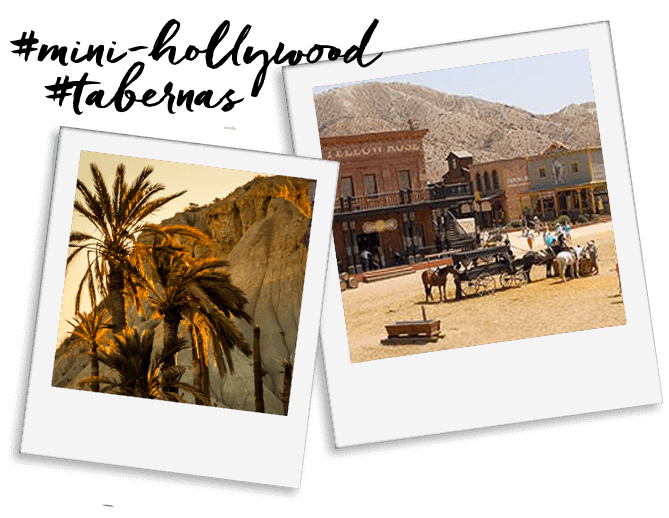 The national park of the desert is located in Tabernas. Distance from our house 20 minutes, is known as Mini-Hollywood, beautiful area where Hollywood movies are recorded, such as “Indiana Jones“, “The good, the bad and the ugly” and “Once in the West” and Yet many other American westerns. It was a true paradise for Hollywood films in the 60s and 70s.

Distance from our house to 20 km, is an old Arab village built at the top of a hill, with its mix of narrow streets, which attracts visitors throughout the year, populated since 2000 years before Christ. There are many attractions such as La Fuente Moro, (fountain of Mojacar), Puerto de la Ciudad, (gate of the old town). You can sample tasty typical dishes from the region in many restaurants or tapas in one of the many bars. From the village you can walk to the coast of Mojácar or take the bus. And if you are a fish lover, head to the nearby town of Garrucha, with many fish restaurants, located in the small fishing port. 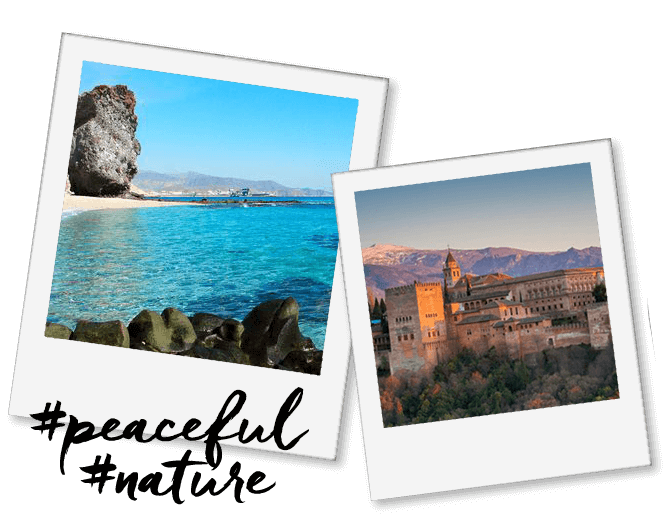 Less than 2 hours by car you can visit Granada, it is definitely worth it, 700 years of Moorish occupation have left a beautiful view.

The Alhambra, this medieval palace is the most famous, the Albaicín (Arabic: ٱلبيازين) is the oldest Arab district of the city and much more.
You can also go shopping in the many shopping streets. Granada lies at the foot of the Sierra Nevada and is the southernmost ski area in Europe.

You can perfectly combine a beach holiday with a ski holiday.

For centuries the symbol in Almeria was considered a talisman, especially in the area of ​​Mojacar, where it was painted on the houses to protect them from storms and the evil eye.
Other attractions:

Experience a magical experience in one of the Arab baths in Almería. Relaxation and harmony are the perfect mix to forget everything
enjoy the fun. The majestic Hammam Aire opened its doors in 2011. It belongs to a franchise, whose Arab baths are found in cities around the world. In Almeria you can find it on the Plaza de la Constitución, a 17th century square that once was the home of the most important Arab market in the city.

The Almeraya Hammam is the second largest Arab bath in Almeria, which is well worth a visit. Despite being smaller than the Air Hammam, it is equipped with everything you need to meet your wishes. Hot and cold baths, massages with aromatic oils, a Turkish bath and a picturesque tearoom ensure that your wishes are fulfilled.

If you love the silence of the mountains, view the beautiful starry sky or meditate in our Tipi, then you can relax here.